The Wayne Gardner Match Point Honor Award is designed to honor persons who, by their leadership and devotion to the sport of volleyball, have made an outstanding and noteworthy contribution to the advancement of volleyball in the Tacoma-Pierce County community.

Administrators must have been active in a local organization (club team, recreation department, Puget Sound Region) and contributed towards the development and/or promotion of volleyball in the Pierce County community.
Officials must have served as a member of the TPCVOB or PCVRO Executive Board, served on a Committee of the organization, or been active in the training, recruiting, and promotion of officiating for the Board. Coaches should be or have been a member of the Washington State Volleyball Coaches Association, USA Volleyball, and/or the American Volleyball Coaches Association (AVCA). Administrators should be or have been a member of an organization involved in the administration and promotion of volleyball in Pierce County.

Candidates must exhibit a professional attitude and enthusiasm for volleyball; practiced proper interpretation of the rules and administration or principles of coaching; made contributions to the TPCVOB or towards the growth of volleyball in the Pierce County community; and demonstrate citizenship and good character. Preference is given to those who have officiated, coordinated or coached at a high school state championship.

Wayne Gardner was born on October 12, 1910 in Fremont, Nebraska and passed away on September 12, 2009 in Lakewood, WA. He joined the Tacoma-Pierce County Volleyball Officials Board in 1974, the second year of existence. Wayne’s vast knowledge of the sport provided invaluable guidance during the early years of the TPCVOB. As a state-rated official, Wayne refereed a six state high school championships and served as President of the Executive Board.
Wayne was one of the most gracious and helpful individuals our Board has ever had. His commitment in promoting volleyball is unsurpassed in the community and he has been recognized nationally by USA Volleyball as a recipient of the “Leader in Volleyball” award for his efforts on behalf of the sport. Wayne was also inducted into the WOA Hall of Fame in 2004.

While kind and gentle to all, his passion and love for volleyball is unparalleled as was his devotion, dedication, and loyalty to the sport and that is why the Wayne Gardner Match Point Award is the highest award an individual can be honored with in the TPCVOB. 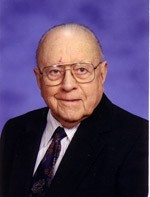